Update 9/29/2012: Twistris has been named Disc Groove and is on iTunes and Google Play

Using Cocos2d-iphone, Objective-C and Sphero, I made a casual game which I find myself playing during short breaks.

I was a small part of the Sphero Hack Tour in Seattle.  Oddly this project doesn't overlap with any of my previous projects.  I chose to make a game based on one that I liked playing on Android.  I thought it would make a good Sphero-controlled game.

I won my Sphero from the Seattle Startup Weekend in May, and have been tinkering with it for a while.  I tried setting up an Android dev environment to connect to Sphero, but kept hitting snags.  Then I tried iOS and set everything up super quick.

I chose to make my game using Cocos2d-iphone because a former coworker had introduced me to it.  Once I got the basic gameplay down, I had a pretty fun game going.  In this game, you were pulled down by gravity constantly, and your only action was to pull up (reversing gravity while your finger was pressing the screen).  You therefore wiggled your way forward and avoided obstacles. 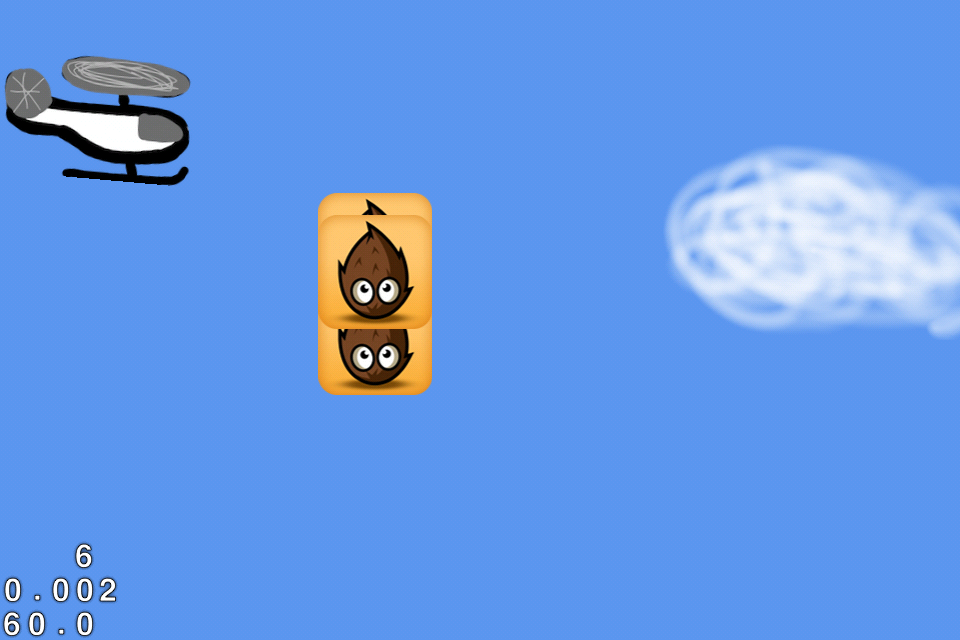 Then I put the Sphero control in, and it was horrible.  I thought it would be great to just slowly rotate the ball counter-clockwise to go straight, but it didn't feel good at all.  It was time to change the style.  Instead of one person, you controlled three (or five).  The things to avoid (which I called beeDudes) were more spread out, and there were four of them at a time.  I created a space theme and had at it. 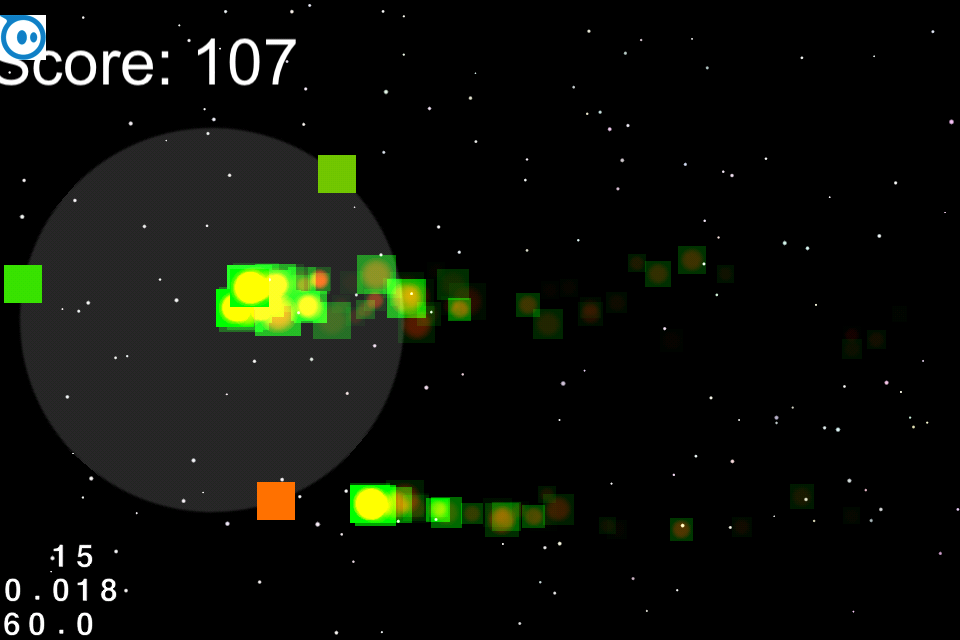 I worked on this at a leisurely pace over the two weeks that the competition allotted.  A second player can control meteors spawning by pressing the right quarter of the screen.